When I was applying for residency in January 2016, I came across a peculiar program that gave its residents an opportunity to travel abroad for a culture and language immersion rotation. At the time, I had been diligently attempting to learn Spanish. No matter what I tried (apps like DuoLingo and Babble or attending local Spanish conversation night) I never seemed to make progress. I realized I needed something more and this residency program had the key.

It turns out that this program was at the University of Utah. I was fortunate to match there and now, more than 2 years after my interview day, I can say that the culture and language immersion rotation was everything I expected and more, and I want to share a little about my experience.

You may wonder, why the University of Utah offers its Family Medicine residents this opportunity to learn Spanish (and in my case basic level Spanish)? In Utah, the Hispanic population makes up about 14 percent of the state (www.census.gov). In clinics and at the hospital it is common for us to see patients who speak Spanish. Certainly, 3 to 4 weeks in a Latin American country will not translate to becoming fluent in language and culture, however, I have found that being able to communicate even just a few sentences in someone’s native language makes a significant step towards helping build trust and rapport.

As I ventured to plan my rotation abroad, I was met with difficulty in choosing where to go. The nations of South and Central America, as well as Spain, make up a rich collection of beautiful and diverse countries. I spent a lot of time researching locations, language dialects, and specific schools. I ended up choosing Costa Rica because the Spanish there is close to ‘textbook’ Spanish. Also, who wouldn’t want to spend 3 to 4 weeks in a beautiful paradise? I ultimately chose two different schools in two vastly different parts of the country, Tamarindo and San Jose.

Tamarindo may just be a synonym for paradise. It is a small town on the Pacific coast of the country. It has been built up due to tourism and caters to the surfing community. While there, I attended the WAYRA Spanish Institute. I took classes both in conversational Spanish and medical Spanish. At the school, everything was taught in Spanish. We were expected to speak Spanish at all times while on the school’s campus. This was difficult and eye-opening, mostly because the app DuoLingo didn’t teach me as much I thought it had! However, the immersion of language was very helpful in propelling my practice and utilization of the words and phrases I was learning.

Outside of the group conversational Spanish lessons, I attended private courses focused on medical Spanish. I learned vocabulary, but I also gained some insight into the equitable national health system offered in Costa Rica. In Costa Rica, it doesn’t matter if you are homeless or a national diplomat, you can receive treatment at the same hospitals and expect the same treatment. Also, Costa Rica as a nation does not maintain a national military. This allows them to focus more of their funds towards education and maintaining their national parks. Costa Ricans are very well educated, they have built up a strong national infrastructure and are self-reliant. These features overall help Costa Rica thrive when it comes to their tourism industry which brings in further revenues for their nation. 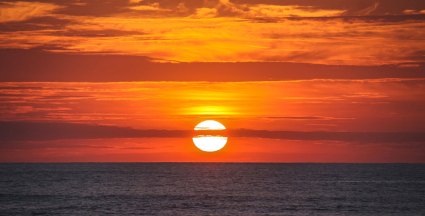 In Tamarindo, I couldn’t pass up the opportunity to try surfing a few times. It was a great opportunity to be out in the ocean with tourists and locals alike enjoying the splendor of this beautiful country. They have a saying in Costa Rica, “Pura Vida.” This translates to “pure life.” It is a greeting as well as a sendoff. It seemed to be used in many contexts, but in all simplicity, it seemed to mean one thing – that everything is good. This phrase felt appropriate in such a beautiful part of the world. With no comparison, the sunsets here were some of the most remarkable I’ve ever seen in my life. What a contrast it was to working 70 to 80 hours in the hospital where sometimes you feel like you haven’t see the sun for multiple days in a row.

After completing my coursework in Tamarindo, it was time to travel to San Jose. The 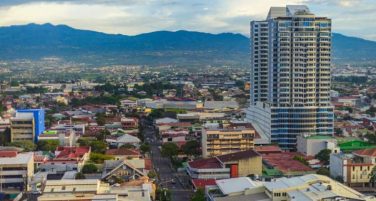 climate in San Jose was cooler and less humid. This meant that the multitude of bug bites I endured on the coast had time to heal! San Jose had a completely different feel compared to Tamarindo. There was a lot of traffic, pollution, and people. It was modern with malls, restaurants (including Quiznos, Taco Bell, and Pizza Hut), and the water was safe to drink from the tap (in fact, I heard tap water is safe to drink all over Costa Rica).

The Spanish school in San Jose was much larger as well. The students were from many different countries and I enjoyed getting to know some of them. This school, along with teaching conversational Spanish and medical Spanish, had cultural activities nearly every day. I participated mostly in the Latin dancing classes, but they also had a cooking class. We made some cheesy plantain empanadas which were delicious.

What made my time in San Jose so unique was the host family I stayed with. The host father was an engineer and the host mother a homemaker. Because I was a family physician in training, we discussed health and medicine a lot! On a couple of occasions, we discussed, in detail, many of the natural remedies used in Costa Rica. I have listed many of them at the end of this blog post. Overall, living with them helped me obtain a better sense of how a Costa Rican family lives and perceives health and medicine. I learned that medications are important, but that home remedies are also seen as an effective way to counter disease. Because of this experience, I feel that I have a greater capacity to more sensitively negotiate treatment options when, for example, a patient might desire to try their home remedy for hypertension rather than start an anti-hypertensive medication. I believe my experience has helped me develop a greater sense of cultural humility which will help me be a better physician to my patients.

Overall, I cannot say enough about this experience. It was everything I thought it might be and more. Am I fluent in Spanish? No, but I did not expect to be, however, I can now make it through a fair number of questions on my own as I make rounds at the hospital. I still have an interpreter join me to help translate words and phrases I do not understand. On top of it all, I have been able to bring a smile to the face of one of my Spanish speaking patients when I spoke in his native language. I am grateful to our residency program for making such an opportunity possible.

Burning in eyes due to spices:

Ulcers of the legs: 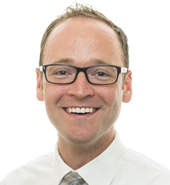