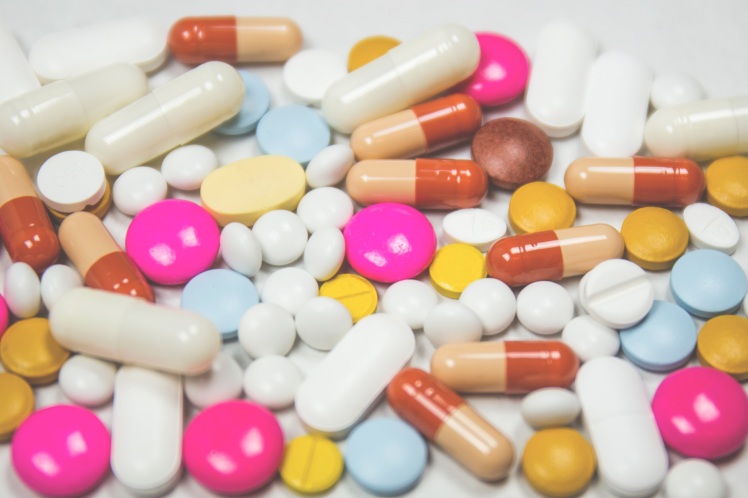 We know now that Prince died from an overdose of opioid pain medication. From pills prescribed to him by a physician for the treatment of chronic pain.  His death wasn’t an isolated incident.

“I was dreamin’ when I wrote this

But life is just a party, and parties weren’t meant 2 last”

That year 1999 was pivotal. It was just one year before the advertising blitz for OxyContin was launched. It was the year before deaths from opioids started skyrocketing. And it was coincidentally the year I started my family medicine residency.

How did we get to this point, where nationally both opioid prescriptions and deaths from opioid painkillers have quadrupled from 1999 to the current time?  How did we get to the point where 1/3 of adults in Utah have been prescribed a narcotic in the past year, where every month 24 people from Utah die from prescription drug overdose, and where deaths from opioid overdose in Utah exceed deaths from car accidents, falls, and firearms combined?  How did we as Family Physicians unwittingly contribute to this epidemic, prescribing more opioids than any other medical specialty? How did we get to the point where nationwide over the past 15 years, nearly half a million people, including high school and college students and young professionals, have died from the grip of opiate addiction? And most importantly, what can we do to fix it?

I encourage every healthcare provider in Utah to read the recently published Dreamland: The True Tale of America’s Opiate Epidemic, by Sam Quinones to understand how the pain management revolution collided with the burgeoning black tar heroin trade. This book outlines the role of Salt Lake City as an early nidus of the prescription narcotic explosion, eventually becoming a regional heroin distribution center.  It explains how quickly patients became addicted to narcotics and the sometimes only affordable option was to switch to black tar heroin, which was obtained much more easily than prescription opiates.  It tells of patients with the best intentions, who did get off opioids, but would often relapse and die from high doses they used in the past.

I started my Family Medicine residency at the University of Utah in 1999, having had just 2 hours of medical school lectures on the pharmacology of opiate pain medications.  This instruction did not include detailed guidance on drug doses, recommended duration of treatment, nor how to taper a patient off of opioids. My medical school experience was not atypical. In fact, it was likely the norm.

As a newly practicing physician, I encountered patients who were on opioid prescriptions in excess of 100 pills per month. Then just months into my residency training, the marketing campaign for OxyContin intensified.  Oxycontin was presented as a novel long-acting oxycodone preparation that promised steady pain relief for 12 hours and was ‘virtually free’ of addiction risk. Primary care physicians were among those to whom OxyContin was most heavily marketed.  I still remember holding that brightly-colored flyer for OxyContin in my hands, with its promise of safe pain control. This seemed like a great breakthrough. Surely 60 pills was safer than 120.  OxyContin became the most widely prescribed narcotic in the entire country, and oxycodone would eventually become the major cause of death from prescription pain medication.

Salt Lake City was simultaneously quickly becoming one of the epicenters of the emerging field of pain medicine and the new push to treat pain, and treat it aggressively. At a Grand Rounds I attended, we were told by one of the regional pain specialists that we weren’t prescribing high enough doses of narcotic pain medications, to “Get out your prescription pad, and get out your rubber underwear, and keep writing a higher dose until their pain is controlled.” The pain experts didn’t realize then what we know now. That higher and higher doses of narcotics can actually lead to increased sensations of pain.

Interestingly, the main justification for the push to treat pain aggressively with narcotics seems to have come from a single letter to the editor published January 10, 1980 in the New England Journal of Medicine.    This short paragraph, summarizing an observation that less than 1% of patients at one hospital became addicted to narcotics following treatment of acute pain on a short-term basis while inpatient, was referenced time and time again to promote the broad use of narcotics for treatment of chronic pain on a long-term basis in the outpatient setting.

Not long into my new role as a physician, I saw an elderly female patient with severe bone-on-bone osteoarthritis in both knees.  She had never taken narcotics. She wanted to avoid surgery. She seemed the perfect candidate for OxyContin. I started her on the low dose of 10 mg twice daily, for 1 month only.  She never came back requesting a refill. Instead, she returned to tell me that she had checked herself into the hospital for inpatient detoxification, as within 2 weeks she could tell she was addicted. She was craving it before her next scheduled 12-hour dose, and having withdrawal sweats and tremors.

When the LA Times investigation came out earlier this year revealing that the manufacturing pharmaceutical company had downplayed OxyContin’s high addictive potential and short half-life in clinical trials before the drug was even marketed,  the experience of addiction my patient had reported after just weeks of medication treatment finally all made sense.

Certainly OxyContin and oxycodone are not the only opioid pain medications involved in our opioid epidemic, but they have led the way as major players.

How do we even begin to address this nationwide crisis?

For starters, the Utah state government is getting involved.  In 2014, The Utah State Legislature passed the Naloxone Law (House Bill 119)  to help reduce narcotic overdose deaths. Naloxone is a medication that blocks the effects of opiates, and can be administered to reverse an opioid overdose.  It is administered by a nasal spray, and it is life-saving.  This bill allows health care providers to prescribe naloxone to patients or others (such as a friend or caregiver), and bystanders can administer naloxone to someone who has overdosed without any legal risk.  This is still vastly under-prescribed to our patients on opioids.  We need to take the next steps of making sure that all of our patients on chronic narcotics have a prescription for this medication, that they fill it, and tell others close to them where to find it and how to use it.  Utah Medicaid has also recently enacted a prescribing rule limiting prescribers to write only a 7-day supply of narcotics for new narcotic prescriptions for acute pain management.

We can learn more about the resources in our communities for helping to get patients into treatment to taper off of narcotics, or even learn how to do this ourselves. There is great potential to help reverse the opioid addiction epidemic by treating affected patients with a medication called buprenorphine that binds strongly to the opioid receptors and minimizes withdrawal symptoms.  Since the year 2000, family physicians have been able to obtain certification to prescribe buprenorphine (currently via an 8-hour training program).  Although family physicians prescribe the majority of opioids in the country, less than 6% of family physicians are certified to prescribe buprenorphine to treat opioid use disorder.   Having more family physicians certified as buprenorphine prescribers is a logical next step in combatting this epidemic.  Unfortunately, newly proposed reporting requirements may make prescribing buprenorphine too burdensome, as it calls for providers to track average number of buprenorphine patients seen per month, percent of patients receiving behavioral health treatment, number of patients completing treatment, and number maintained on treatment.  We can advocate for less restrictive laws; it should not be more difficult to get our patients off of opioids than it is to prescribe them in the first place.

We can follow the guidelines released by the CDC in March of 2016 for prescribing opioid medications for the treatment of chronic pain.  According to the CDC, there is insufficient evidence to support that opioids provide pain relief in the setting of chronic pain.  These new guidelines explicitly state to not prescribe opioids as the first-line treatment for chronic pain, to consider multiple non-opioid options first and to prescribe less than a 3-day supply for acute pain. These guidelines also recommend against prescribing opioids at the same time as benzodiazepines and to avoid going over doses equal to 90 morphine milligram equivalents per day.  Opioids should only be continued if there is meaningful improvement in pain and function, without significant risk or harm. There are recommendations for tools to determine appropriate dosing and to taper those on chronic opiates, sometimes with help of maintenance medications such as buprenorphine.

Many of us already adhere to key components of these recommendations and have been doing so for years. But we could all do better. Before prescribing, we need to counsel patients on the limited effectiveness of opioids long term, their potential for causing increased sensations of pain, and their real risks of addiction, overdose, and death.

But most important of all, for many patients we should avoid ever starting narcotics. We should use every other method available of treating pain, as recommended in the CDC guidelines.  Only then can we turn the tide of this tragic epidemic.

“I never meant to cause you any sorrow

I never meant to cause you any pain

I only wanted one time to see you laughing

I only wanted to see you

Laughing in the purple rain”

Kirsten Stoesser, MD is an Associate Professor (Clinical) in the Department of Family & Preventive Medicine at the University of Utah School of Medicine.

One thought on “Primary care and the opioid epidemic”