Now, my turn. It’s the Olympics! Every 2 years the world comes together to watch their best athletes compete in either the summer or winter games (4 years between each type, like alternating between Tylenol and Ibuprofen), and see incredible displays of athleticism and sportsmanship. One of my favourite parts is watching the Opening Ceremonies and observing the bright colors of each country’s flag represented in the “team uniform” as the athletes march in. Another is seeing coverage of sports that typically don’t get a lot of airtime in America, such as Team Handball, Archery, Badminton, and Rhythmic Gymnastics. Part of it is the novelty, but other times I like to see the celebration and hear national anthems of other countries. Of course I cheer for USA, but I do enjoy seeing other countries winning gold and seeing their colors raised up from atop the podium.

What are some good events to watch coming up? Well, NBColympics.com brags to carry live-streaming of all events, with plenty of fun infographics on current medal counts. Today’s action (Tuesday 8/9) sees archery, fencing, and handball early in the morning, as well as field hockey, equestrian, and beach volleyball. There’s also the more popular soccer, tennis, and basketball later in the day. I particularly enjoy this first week of the Olympic Games, when there are so many early rounds of competition that you can watch almost anything!

Of course, the Olympics are held in Rio de Janeiro, Brazil this year, and there has been quite a fuss made about the Zika virus, an infection spread by mosquitos and sex, as well as from pregnant mothers to their unborn child. Until very recently, the virus was only found in the US in people who had been infected while abroad, but now there is an area near Miami where the virus is being spread by mosquitos. These mosquitos tend to bite during the daytime, not just at dawn and dusk when we usually think of mosquito bites happening. There are a lot of questions about Zika, what the signs and symptoms are, and how to avoid it. Fortunately, the CDC has a very clear website with easy to access information. Here are some of the key points to remember:

Prevention: Long sleeves and pants, mosquito repellant, and sleep under a mosquito net if outdoors or room is not screened in. Use condoms consistently for protected sex, or hold off on sex until this outbreak is under control. And of course, avoid areas with known Zika virus (see below).

Symptoms: Fever, rash, joint pain, red eyes (nothing really too specific), AND possible exposure to infection via mosquito bite, or sexual activity. Remember, many people who are infected do not experience severe symptoms, and may not know they are infected.

Who should get tested: anyone with those symptoms above, who has also traveled or had sex with someone who traveled to the countries listed here:  http://www.cdc.gov/zika/geo/active-countries.html

Pregnancy and Zika: There has been a link between Zika infection during pregnancy and severe birth defects involving the newborn brain. If you are pregnant or planning to become pregnant, it is important to avoid travel to those areas with Zika and do your best to prevent mosquito bites. We don’t know exactly how long Zika stays in bodily fluids, but it does stay in semen longer than others, so if the male partner has symptoms of Zika and recently traveled to at-risk areas, the CDC recommends avoiding pregnancy and using condoms for at least 6 months.

For more information, you can find up-to-date information at http://www.cdc.gov/zika/index.html 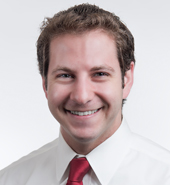 Jordan Knox is a citius, altius, fortius second year Family Medicine Resident in the Department of Family & Preventive Medicine at the University of Utah School of Medicine