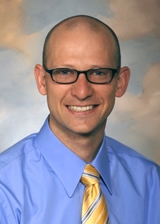 This morning I rode to work in twenty minutes and ten seconds. Next time I’ll shoot for under 20. Such simple goals have been my secret to my recent health.  Just a short eight years ago this goal would have been unattainable for me, and now I’m knocking on that door.

Performance goals worked for my own health, and I wager they would be quite successful for many of our patients.

Eight years ago I was deep in the intern year of my family medicine residency. I was busy, stressed, tired, and frankly, unhealthy. By the time I decided to buy a cheap mountain bike I was twenty-five pounds overweight, low on muscle, high on blood pressure, and likely becoming insulin resistant. Residency is tiring and I was only making it worse by my poor choices.

I knew I needed to make changes, so I bought a bike. Red. Cheap. Heavy. I started to ride it a bit on the weekends. I did not really have a plan until I was invited to do a local triathlon. The morning of the triathlon was one of those shining moments when I knew the heavens and mother earth were on my side. I felt more energized than I had in years. I’m not sure if it was the cold lake water or the fact that I was in a neck and neck battle with a twelve year old during most of the race until she passed me during the run portion.

I was hooked. I dug my dad’s old road bike out, and I started training. My goal was to get faster. And you know what happened? I became healthier also in the process. The goal of health has always been so vague and unattainable in my mind. I never really knew how I could mark my progress. With a performance goal this was easy.

In order to become faster or race longer, I needed to become leaner, stronger, and more mentally equipped to handle some pain. This one goal led to learning about nutrition, using better body mechanics to prevent injury, and to a great social network of health minded friends.

As my performance plateaued, I started to realize how much nutrition plays into our health. This started me down a long journey of figuring the best nutrition for my body. I learned how to buy vegetables, how to cook (at least good enough for me), and I learned how to say to “no” to dessert in social situations. During medical school I probably ate salad once a month and hot pockets three times a week. Ouch. I simply did not have concept of how to eat healthy. Through this slow process I’ve come to a place where I focus on whole foods rather than packages. I left the mounds of pasta behind for a grass-fed steak and spaghetti squash.

Often people would see me two years or even now eight years later and tell me they could never get to the point of where I am. Inside, I smile, because I remember thinking the same thing. I remember standing in their shoes overweight, unhappy with little self-control around sugar. As medical providers we discuss goals with our patients. More often or not they will be something such as “lose ten pounds” or “drink less soda.” While these are good starters, how often do we see them turn into just wishful thinking? We can make small goals, achieve them, and continue. I know, because I did just that.

Next time, consider setting a performance goal with your patient instead. Consider a goal to do 10 push-ups, or jump a rope 50 times in a row, or even to train and compete in a race. If they already “go to the gym” but still cannot reach their chosen health picture, think about having them set an outcome-based mark.

Performance goals are certainly not for everyone, but they are the key to my health!

Rick Henriksen, MD is a faculty member with the Department of Family and Preventive Medicine at the University of Utah