I stood at Jack’s bedside along with his wife and two friends as life support was withdrawn. He was 52 years old and had married his wife just 7 months earlier. After years of living on the street, struggling with drug and alcohol addiction, he had managed to stay clean for almost a year. Then he experienced a heart attack and his brain went without oxygen for at least 30 minutes before he was found.

When he was first brought in by EMS, his body had been cooled in an effort to preserve neurologic function. After rewarming, multiple tests showed that he had no meaningful brain function. Electroencephalography, nuclear flow study of the brain, and serial neuro exams were consistent with severe, global, anoxic brain injury. When evaluated, his pupils stared lifelessly ahead, without reaction to light. Pouring cold water into each ear failed to incite a change in gaze. When the ventilator was withdrawn to see if he would breathe on his own, there was nothing – no chest movement, no struggling for air. The cardinal findings of brain death were present – coma, absence of brainstem reflexes, and apnea.

His wife and two friends gathered around his hospital bed to say goodbye and be with him as he underwent “cardiac death.” They each touched him and told him what he had meant to them. I stood back, giving them space. The grief in the room was palpable. My mind passively registered the myriad of digital monitors in the room – the clock read 2:52 pm, his pulse was 82, respiratory rate of 14, and the scale built into the hospital bed read 106.6 kg. These numbers floated through my head while I was forced to face the inescapable fragility of the physical. In the hospital, it was easy for a person’s life to be reduced to numbers.

It was time. The ventilator that had been breathing for him was disconnected, and like the day before, there was no drive to breathe – his body was perfectly still. But his heart did not give up that easily. It continued to beat for 4 long minutes after air had stopped moving in and out of his lungs. His pulse slowly drifted down while we waited.

At the moment his heart stopped pumping and the monitor showed the flat line of asystole, I happened to see his weight on the bed scale flicker and register 102.59 kg. He was suddenly four kg lighter. No one was touching him or the bed. Time of death 14: 58. Then the color drained from him and he was gray. And four kilograms lighter. 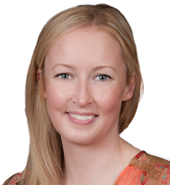 Tobi Thaller, MD is a third year Family Medicine Resident in the Department of Family & Preventive Medicine at the University of Utah School of Medicine.

2 thoughts on “The Weight of the Soul”