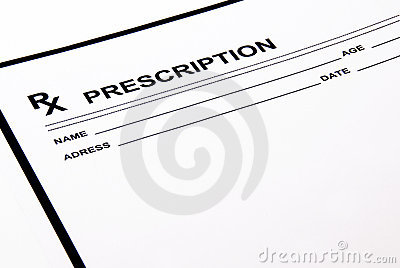 Father of 3, loving husband, successful attorney, and heroin addict. One of these things does not belong. This kind, middle-aged man, a patient of mine, first became addicted to opioids after a shoulder surgery gone awry. The surgery left him in more pain than before the operation, and he was readily prescribed OxyContin by his surgeon and then again by his primary care provider. When these prescriptions ran out and his doctors cut him off, he turned to heroin. I met him when he was in the ICU recovering from his second heroin overdose in the past two months. His pain was so intractable that what he considered adequate pain relief led to severe oxygen desaturations and a drop in respiratory rate so worrisome that he temporarily stopped breathing. Now divorced, unemployed and living out of his car, the patient left the hospital the next day without an opiate prescription but clearly determined to obtain his next fix.

As family physicians, we see cases like this every day. And more frequently, we see these patients in our outpatient clinics where they come in desperately searching for refills for their controlled substances. The Center for Disease Control and Prevention (CDC) estimated that in 2013 over 1.9 million Americans abused or were dependent on prescription opiates, and approximately 40 people died each day from overdoses.[1] In its first ever guidelines on the topic, the CDC recently advised primary care physicians, who prescribe nearly half of opiates, to prescribe the lowest possible dose for the shortest amount of time[2]. Exceptions are made for patients receiving cancer treatment or end-of-life care. While doctors are not legally obligated to follow these recommendations, such directives often have great influence.

How exactly did this prescription pain med epidemic start? Well, primary care physicians played no small role. Approximately 20 years ago drug companies began aggressively marketing new and powerful opioids, like OxyContin, as a treatment option for non-malignant medical conditions such as low back pain, sciatica, and various musculoskeletal problems. The pitch to doctors seemed both sensible and seductive: be proactive with pain control and treat it aggressively. Around the same time, the Joint Commission released new guidelines urging physicians to treat pain as “the 5th vital sign” and tying pain scores to reimbursement.[3] And doctors got the message – prescriptions for these drugs increased tenfold over the subsequent twenty years. And primary care physicians wrote over one third of these prescriptions.

Even more frighteningly, there is very little evidence that opioids are safe or effective for long term treatment of chronic pain. Twenty years ago, drug companies cited research studies endorsing the use of these drugs in pain relief. However, a more recent review article has concluded that only a handful of these studies were randomized controlled trials and none lasted longer than 3 months. Further, a new study in the journal Pain reported that long-term opioid use is associated with increased pain severity, poor health, unemployment, and increased use of the healthcare system[4]. Pain severity is increased in the long run with many patients because these drugs can paradoxically actually increase a person’s sensitivity to painful stimuli.

The new regulations by the CDC are a step in the right direction, but we still have a long way to go. As family physicians, we can be leaders at the forefront of this issue. While the approach to chronic pain needs to be specifically tailored to each patient, the American Academy of Family Physicians (AAFP) has excellent general guidelines on the rational use of opioids in non-terminal pain. I find the following algorithm useful when a patient comes in with such pain: 1) Try to identify and treat local sources of pain generation using physical therapy, osteopathic manipulation, steroid injections, etc. 2) Promote healthy behaviors including: weight control, exercise, improved sleep quality. 3) Try non-opiate pain meds such as tricyclic antidepressants, serotonin–norepinephrine reuptake inhibitors or gabapentin based on symptoms. 4) Treat ongoing psych issues that may be contributing to the pain. 5) Finally, if the patient does not have any contraindications, a short opiate trial may be considered with the goal of restoring function and quality of life, not merely a reduction in pain scores.

As a physician, I am a strong believer in patient advocacy through community outreach. In addition to working with individual patients, this issue needs to be addressed at both local and national political levels through provider advocacy and action. Whether this involves distributing Naloxone kits (like one of the amazing senior residents in our program), volunteering with the AAFP and/or the Partnership for a Drug Free America, or researching evidence-based strategies for optimal pain management, there are many ways to get involved. Without a doubt, family physicians need to be at the front line of solving this crisis.

Becky Abbey, MD is a Family Medicine Intern Resident in the Department of Family & Preventive Medicine at the University of Utah School of Medicine.

2 thoughts on “Chronic Pain and Narcotics in Family Medicine”