“Before we end the visit, have you had your flu shot yet this year?” 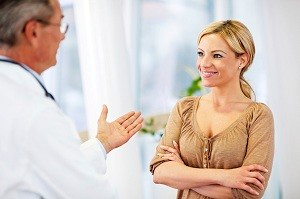 This is something I have encountered often, even as a medical student. I write this blog to hopefully help dispel some of the myths about the flu shot. Below are the most common reasons that patients provide for not wanting a flu shot.

The flu shot can NOT give you the flu. There are 2 different ways that the current flu shots are made: 1-with an inactivated virus (it can no longer cause the flu but can still help the body fight it) or 2-with no virus at all. The most common side effects occur where the shot was given (often in the shoulder), like soreness, redness, tenderness, or swelling.

In a study published in the New England Journal of Medicine,  The effectiveness of vaccination against influenza in healthy working adults (one of the most well-respected medical journals in the world), there were NO differences in body aches, fever, cough, sore throat, or runny nose between people who got the flu shot vs people who got salt-water injections (placebo). To clarify, all participants were volunteers to help scientists see what the side effects of the flu shot was compared to a safe placebo shot.

Often times, people who get sick after a flu shot were already going to get sick because of the incubation time of common viruses, or they got the virus within 2 weeks of getting the flu shot as the flu shot can take 1-2 weeks to confer immunity. This means that after being around someone else who is sick with the flu, it can take multiple days for someone to get sick themselves and after getting a flu shot, it can take 1-2 weeks for the vaccine to help the body protect itself.

Another way of getting vaccinated is with the nasal spray. This live-attenuated influenza vaccine (LAIV) is generally well tolerated. With this being a live virus, it can seem scary. However it has been attenuated, or weakened. These weakened viruses have been designed to only cause infections at cooler temperatures (like in the nose) and cannot infect warmer areas like the lungs. To give you an idea of numbers of serious reactions to this live-attenuated vaccine… out of 2.5 million people who received LAIV from 2003-2005, there were a total of 18 people who had a serious reaction . Adverse events reports following live, cold-adapted, intranasal influenza vaccine. .

Here are reasons to NOT get the live-attenuated vaccine:

People who are vaccinated form antibodies which destroy the influenza virus after the person is exposed. The vaccine usually protects 50 to 80 percent of those who are vaccinated from getting the flu. While these numbers do not seem that great, if you get the flu after being vaccinated, your symptoms are likely to be milder and last for a shorter time compared with people who were not vaccinated. More importantly, annual vaccination reduces mortality (death) from influenza by 41%.

In addition, many times people think they got the flu when it is the common cold. Below is a table from the National Institutes of Health to help you see the differences in symptoms.

Of note, these symptoms do not include vomiting and diarrhea, as both the cold and the flu are respiratory diseases affecting your lungs. So if you do get these symptoms, it is not a cold nor the flu, but rather likely a gastrointestinal virus. Remember, that if you are ever concerned about these types of symptoms, see your doctor.

Reason #3 – Flu Season is just from December to February.

Flu Season runs from October to April and sometimes even into May. Below is a graph from the CDC (Centers for Disease Control and Prevention) that shows the PEAK of flu season from 1982-2014. It shows that flu season can begin as early as October. While April and May look empty, cases of flu still present in hospitals, they just haven’t been in the peak of the season.

Hopefully I have been able to help you see that the flu shot:

In 2010, the United States Advisory Committee on Immunization Practices (ACIP) expanded the recommendation for influenza vaccination to include ALL individuals six months of age and older.

By the time you read this article (and you are older than 6 months of age if you are reading this article), flu season will have just started, so if you haven’t gotten your flu shot yet, PLEASE go and get one to help protect yourself and those around you.

One thought on “The Most Common Reasons Patients Provide for Not Wanting a Flu Shot and the Truth Behind the Myths.”