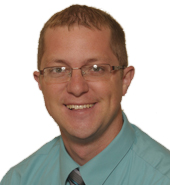 I’m talking about Mayo Clinic, and I’m referring to Atul Gawande’s flagship article on the cost of healthcare (“The Cost Conundrum”). We–the healthcare system–ought to reward leaders in organizations like Mayo Clinic who try to limit

“Gawande is talking about money.  Give innovators money!”

unnecessary spending. Gawande is talking about money. Give innovators money!  Let’s talk about how we can do that.The insurance claim healthcare dollar is depicted below.

We immediately attack the doctor. Stop ordering unnecessary tests! Even Gawande is on this bandwagon: “The most expensive piece of medical equipment,” he says, “is a doctor’s pen.” He pointed out that the system in McAllen, Texas was spending 2 times the amount that Mayo in Rochester, Minnesota was spending for roughly the same patient demographic. The reason? Doctors in McAllen were ordering the maximum workup and treatment, not the minimum. Gawande suggests we get guidelines for every part of healthcare so we won’t over-order. We can cut healthcare costs in half! Brilliant plan! We will do this. But Gawande is wrong about one thing: doctors aren’t the most expensive piece of medical equipment. There are larger battles: the single most efficient way to cut costs in healthcare is to prevent people from going into the healthcare

“What is the most expensive piece of medical equipment?   Tylenol.”

system at all, i.e. prevent intensive care admissions and prevent admissions to the hospital. This makes sense! Treating community acquired pneumonia outside of the hospital costs on average $550. Treating community acquired pneumonia in the hospital costs on average $13,000, 24 times the cost! Primary Children’s Hospital in Utah now offers outpatient oxygen therapy and nasal suction for bronchiolitis in infants. Millions of dollars are saved. The University of Utah hospital created a step-up unit between the Well Baby Nursery and the NICU. Rent is costly in the NICU. Nervous, watchful eyes cost a lot less and are most often sufficient. These are the leaders Gawande wants to reward.

But we still haven’t found the most expensive piece of healthcare. What is the most expensive piece of medical equipment? Tylenol. What! You’re telling me Tylenol is the reason healthcare is bankrupting the United States? Well, no . . . and yes; let me tell you a story: I was waiting in line to check out from Costco and saw that they had repackaged Kirkland Tylenol: 2 bottles of 500 mg tablets, 500 pills each, $8.59. Less than a penny per pill. Ok, I guess I’ll buy some. The next day at work I was touting my find, and the pharmacist chimed in, “Yep, that’s the trouble with healthcare.” “What do you mean?” “How much do you think we charge for Tylenol in the hospital?” “$5? $11?” No, $45, each time we give Tylenol at a local hospital. $45! That’s not 2 times the cost that Gawande was trying to fix. That’s not 24 times the cost either. This is 5000 times the cost!

Why does Tylenol in the hospital cost so much? Well it’s $15 a pill, $9 for the plastic cup they put it in, $0.40 for the nurses time to give it, and the rest so we can pretend that our Tylenol is safer than Costco’s Tylenol. But it doesn’t stop with Tylenol. How about gloves? $53 for a pair of gloves, not sterile surgical gloves, nitrile gloves. Cost to buy a pair of gloves at Costco: 14 cents. That’s 379 times the cost. And the markup isn’t just that the hospital is an expensive hotel; we also mark-up the health care given. I once was called by the radiology tech on a CT abdomen. “Do you want CT abdomen or do you want CT abdomen and pelvis?” CT abdomen, that’s what I ordered. But just because I was curious I asked what the difference was? $4000 for CT abdomen and pelvis and $2000 for CT abdomen. Wow! An engineer told me a story of measuring the gas content of airbags in a CT scan at a local hospital. The hospital charged him $40 an hour (roughly $10 a scan). It costs 400 times more for a human to go through the scanner. Or how about the cost of a liter of normal saline? $700. It cost $2 to make; 350 times the cost. Also consider the money the hospital charges for a doctor’s time, especially in the operating room: does the doctor see this money?  Some of it.

Why does the hospital charge so much? Because they can. The patient and the doctor have no cost-sensitivity: they have no idea how much anything costs, so there is no reason to shop around, no reason to lower prices. This is considered corruption by some, my friends. But there is a solution, and it’s Gawande’s conclusion, too: we have to reward those who can reduce these costs.

“Here’s how:  crowdsource research, and reward disruptive innovation with money.”

The answer goes back to the profit margin of the insurance health-claim dollar: 3 cents. What philanthropic, wonderful people the insurance company owners are to only mark-up healthcare 3 cents! No, listen, your 3 cents analogy is cute, but not true. Quite misleading: look again. It’s 13%, not 3%. And we’re not dealing with 3 pennies here: it’s billions of dollars. Blue Cross, Blue Shield reported 1.4 cents per dollar as their 2013 profit margin: 6.4 billion dollars. That’s complete profit. But here’s the clever bit: this isn’t the problem, it’s the solution.

Insurance companies can make more money, a lot more–and we want them to–in order to reduce the cost of healthcare. Let me explain Tylenol again: what would happen if the insurance company told the hospital where to go and then paid 50 cents, instead of $45, for the administration of Tylenol. This would cover the nurses time, pay for the pill, and still provide a few percentage points for mark-up profit. Why don’t they do it? Well, because why should they? The insurance company can translate the cost into higher premiums and higher copays and report to the patient paying the premium that there is nothing they can do about it. So who will help us get around the corruption? Medicaid! States like to save money.  Medicare and Obamacare are good options, too.

But how will Medicaid figure out all these ways to save money? Here’s how:  crowdsource research, and reward disruptive innovation with money. And what will the hospital do when they are getting less money? Crowdsource ideas for efficiency. Intuit, owner of TurboTax, is an example. They created a lean start-up department tasked with building a better product. What came out was SnapTax, the mobile phone version of TurboTax that will do your taxes with one click: when you take a picture of your W2. At first, Intuit had to battle with the other departments on this. Oh, the drama! Disruptive innovation is . . . disruptive. Intuit created the department, and then the department sent out an email, the gist of which was, “Anyone with an idea, let us know.” Too bad the man with the idea didn’t quit Intuit and just build SnapTax by himself. He could have put Intuit out of business and retired a millionaire in a couple years. But Intuit doesn’t want to go out of business, so I have a suggestion for them: give the man some money next time. It doesn’t have to be a lot. Send this email instead, “Anyone with an idea, let us know. If we use your idea, you get a portion of the royalties.” Publicity! Great PR.

Some companies aren’t willing to fight the political battle, and they lose out in the long run. The question is which hospitals and which insurance companies will lose out first? Hopefully, the private insurance market will take hold of this, too. They

can lower premiums and compete with welfare. And if a self-important bureaucrat refuses to promote research that reduces hospital costs, at least place the onus of the cost of healthcare where it truly is: on those who take advantage of the lack of cost-sensitivity in the healthcare market. The doctor is not the main problem.

Greg Baird, MD is a second year family medicine resident at the University of Utah

2 thoughts on “How do we reward the Mayos? Saving healthcare from hospitals.”