I had it all planned out. The night before, I set out what I was going to wear: a tan cropped blazer with capped sleeves over a golden rod empire waist pleated dress. The next morning, never mind the butterflies in my stomach, I was ready for my first day of orientation. I barely made it halfway down the aisle when I suddenly just stopped. It literally felt like I got the wind knocked out of me. After I finally caught my breath and adjusted the size of my eyes, my vision came into focus on the sea of white, male faces across the auditorium. Where am I? Oh right. I was in Room 1750 of the Health Sciences Education Building (HSEB) on my first day of orientation at the University of Utah School of Medicine. There were 26 ladies in 1750 HSEB that day. And I didn’t know it at the time, but also, 1.5 Latinos, 2 African Americans, and 14 Asians. It was 2010. Just several months before starting medical school, I had splashed around in the simmering melting pot of the neighborhoods that embraced NYU’s campus where I completed my Master’s in Health Policy. Years before that I had spent my college years in the liberal-worn paths marched before me at UC Berkeley. I am truly grateful and appreciative of my past experiences, to have learned and developed in those environments, which went on to serve as a stark contrast to where I found myself on my first day of Medical School. I think this is what they call Culture Shock. I experienced it for the first time in 2010. 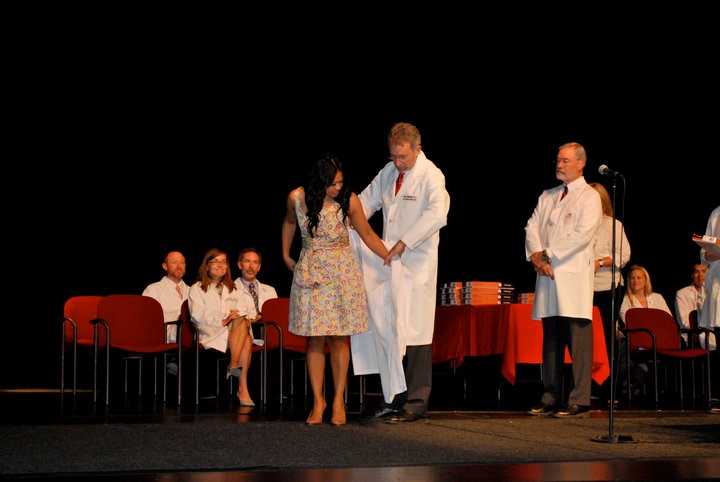 Now it was one thing to get into medical school. Trying to stay in was a whole other beast. But fast forward, I made it through and I am now finishing up my 2nd year of residency in Family Medicine. Beyond the struggles (and boy, do I struggle) of understanding the pathophysiology of the [insert organ system] processes of this receptor antibody upregulating the hormonal feedback to that one other receptor pathway…breathe…there was a different struggle I didn’t anticipate. The struggle of constantly checking myself. That first day of Medical School in 1750 HSEB would not be the only time I asked myself, “What am I doing here?” Wouldn’t be the first time I looked around the room and thought, “There is no one like me here.” Medical school would be that one time I got a really bad case of Imposter Syndrome.

On the 2nd day of Medical School, I found Morgan Hawkins, who would later become my roommate, my partner in crime, and ultimately my saving grace…Straight Outta Compton.

So how DID I get here? Step 1: Be extremely fortunate to have parents like mine who gave me permission to dream. Step 2: Grow up in a community with mentors who served as the examples, perhaps simply just by looking like me, but also guiding me and providing me with the tools to achieve those dreams. I know that if it were not for growing up and living in these communities within “majority-minority” states, I would not be here today. End of story.

“The proven benefits of diversity among faculty and staff are many – from expanded ranges of scholarship to increased success of underrepresented students through effective role modeling by professors, advisers and mentors with similar backgrounds.” ~Mildred Garcia

Now in just the last 6 years that I have been here in Utah, it is visibly clear that the city is growing. Utah may not exactly be on the fast track to reaching “majority-minority” status, but the population is growing to be more diverse. Between 1990 to 2010, the minority share of the Salt Lake City population increased from 17.4 percent to 34.4 percent. 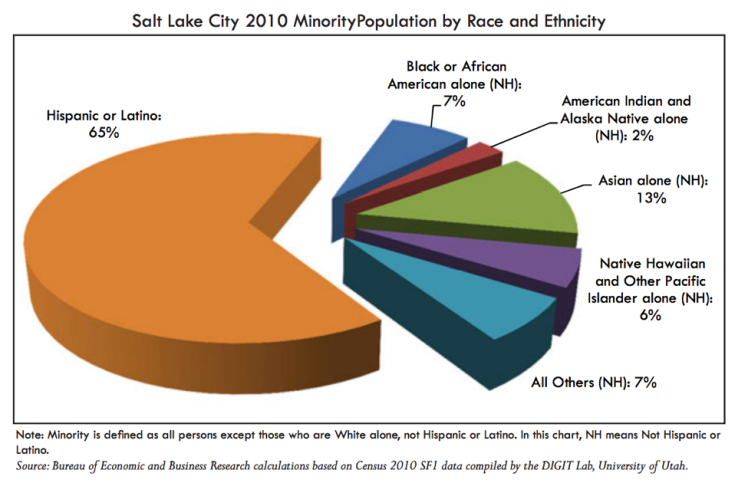 So what exactly am I even trying to get at? Basically, it is important for me, for us, with similar successes to pay it forward. We need to work together to increase diversity in higher education. There is still a lot of work to be done to address the Achievement Gap that continues to exist today. We need more programs and more robust educational policies across the nation. There is no reason why we cannot and should not draw from the diverse populations that make up the communities of Salt Lake City and Salt Lake County. Having stronger, more cohesive pipeline programs that target school-aged children of these local diverse communities and expose them to the health sciences career paths early on, with programming to support them through high school, through college, and then on to higher education, and BOOM! We now got ourselves a diverse group of health professionals: doctors, nurses, physician assistants, social workers, etc. who can then be funneled right back into the diverse communities from which they came. AND in turn, we have inadvertently or intentionally addressed health disparities by addressing a community’s socioeconomic status. We have positively impacted a community’s chances of upward mobility and economic stability. All because it goes back to having supplied a diverse community with a diverse group of health professionals who in turn are able to empathize, sympathize, problem solve, serve the needs, and address the barriers that limit these communities.

That is my experience, and in turn that is opinion. But there’s data and research behind this as well, such as can be found, for example, in The Difference: How the Power of Diversity Creates Better Groups, Firms, Schools, and Societies by Scott E. Page. Personally, not the easiest of reads, but if data and research are what you need, have at it.

Ok, so that is big picture. And it seems like a daunting issue with a lot of moving parts that need to be magically aligned to address this problem. But pipeline programs aren’t new and it is where I believe the promise of lasting change and proposed outcomes have the best chance of being met. Mainly because I am a real life, living product of it, and know of many others. Pipeline programs work.

So, yes, this will take some time (hopefully not much longer) to come to fruition here in Utah, but there’s actually something you can do in the meantime. That we all can do. In our day to day. And what that something is, is to be intentional.

You’re probably tired of reading, so go, take a break, now or later, and watch this Ted Talk by Mellody Hobson: Color Blind or Color Brave?

Mellody Hobson breaks it down into some real simple-to-follow steps: “Observe your environment: at work, at school, at home. I’m asking you to look at the people around you purposefully and intentionally invite people into your life who don’t look like you, don’t think like you, don’t act like you, don’t come from where you come from…”

So for example, while you’re in the patient room, going down the checklist of your 12 year old Well Child exam, you can be that person to plant the seed of infinite possibilities, maybe by simply introducing the idea that they can too can pursue an MD, PA, NP, PHD, MSW, MPH, A-N-D just like that, by investing a mere moment to highlight someone’s future potential you’ve made an impact on shrinking the achievement gap, and in turn, down the pipeline, health disparities! 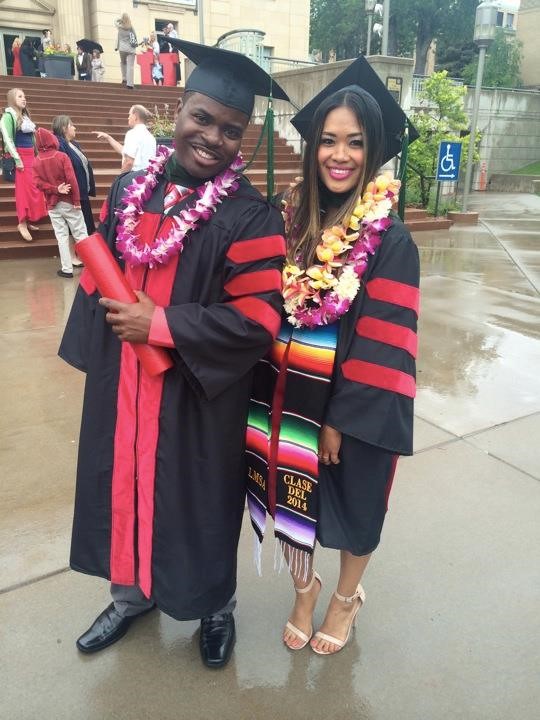 Below is a very short list of successful pipeline programs: 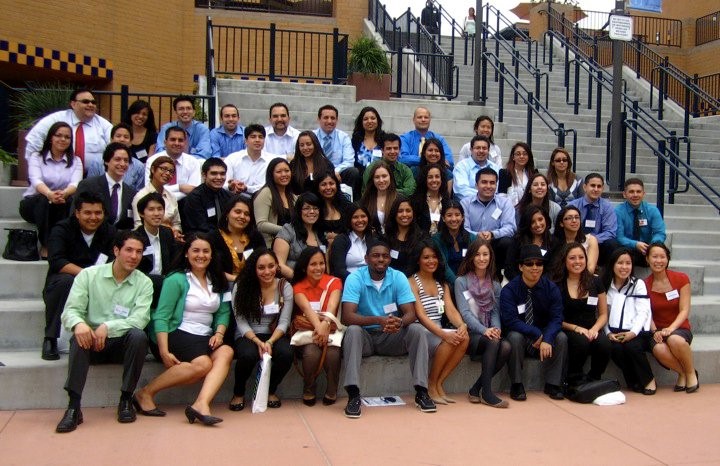 Melissa See, MD, MPH is a second year Family Medicine Resident in the Department of Family & Preventive Medicine at the University of Utah School of Medicine.